However failed to break into Simba SC squad, Lokosa was withdrawing Tsh.11 million ($4,700) salary a month and Tsh. 7 million ($3,000) bonus on any CAF Champions League match played by Simba SC.

To search for play time, Lokosa Jnr yesterday reached an agreement with Simba SC to terminate his contract as he is set to fly out to South Africa to undergo fitness test and trials with DSTV Premiership side Kaiser Chiefs.

For his short stay in Tanzania, Lokosa has drawn interest from Moroccan side ASFAR Rabat a team coached by former Simba SC coach Sven Vandenbroeck and Norway side FC Stromsgodset. FC Stromsgodset however pulled out of race to sign the Nigerian when Simba SC asked $200,000 to buy out the Lokosa’s contract.

Kaiser Chiefs are the latest team to express their interest to sign former Kano Pillars and Esperance attacker and he may be lucky to play in lucrative South African Premier Soccer League if he passed his trials. 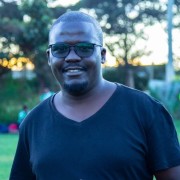