The  Federation of Uganda Basketball Association National basketball league tipped off last weekend after a long break due to the corona pandemic. The leagues had not been in action since 2019 and the players and coaches approached the weekend with zeal. Despite not having fans the games were electrifying and it showed the hunger the players have after the long hiatus.

League Newcomers, Nam blazers upset the league champions City Oilers 77-66 in their opening match of the season. The Newcomers started the game coldly but picked up in the second quarter. Geoffrey Soro and Paul Odong were heating up and dragging Blazers back into the contest. Odong went for 13 points in the quarter. Blazers outscored Oilers 23-7 to assume the lead that was relinquished only for one possession at the start of the fourth quarter.

Jimmy Enabu had team high 19 points for Oilers and skipper James Okello, the only other Oiler to reach double figures had 10 points.

In the ladies league, the defending champions JKL lady dolphins were upset by KCCA Leopards 58-55 in a closely contested match. These top teams showed their strength in this title challenge and KCCA used this chance to send a statement to the rest of the league. Leticia Awor led Leopards with 16 points while Hope Akello scored game-high 18 points and 10 rebounds for Dolphins. 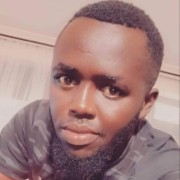 Injury a likely hindrance to the Cameroonian star MVP season.

Gearing up for BAL Inaugural season

Uganda beats Morroco to qualify for 2021 FIBA AfroBasket in Rwanda.