Liverpool forward and sensational Egyptian Mo Salah was amongst those feted by Laureus World Sports, for his immense contribution in the world football.

Established in, 2009 Laureus World Sports Awards is an annual event that recognizes athletes and sportsmen who use their status in society to impact change and inspire positivity.

Mohamed Salah becomes the second African in recent times to get feted by Laureus Sports after Kenya’s Eliud Kipchoge who got feted in 2019 for his exceptional achievement in his attempt to break the sub 2 hour mark to complete a full marathon.

Salah was feted under the inspirational categories for advocacy for women’s rights in the wake of abuse against women and the rising number of sexual assaults especially during the pandemic, with most countries forced to go on lockdowns and curfews.

“It was a very difficult year on so many levels and for so many people around the world, some of us were kept away from our family and friends, and others even lost loved ones. We need to learn from this experience, support one another, and do our best to look ahead,” said Salah in his acceptance speech while acknowledging the impact that the coronavirus pandemic has brought to the world.

Liverpool and Salah’s manager Jurgen Klopp had kind words for Egypt’s most popular person while congratulating him for the award “If I tell you that he’s an even better person than he is a player, then you might be able to imagine what kind of guy he is. Mo to you, congratulations.”

The event that was held digitally in Sevilla, Spain, in the wake of the pandemic also feted other great sportsmen for their contribution to the human race.

Chris Nikic an American triathlon who suffers from down syndrome, received Laureus Sporting Moment of the Year Award for becoming the first person with Down syndrome to finish an Ironman triathlon. 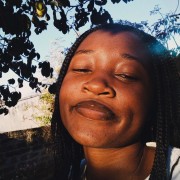 What Next For African Players Whose clubs Have Endorsed the European Super League?