In November of 2020, Lagat was named one of three interim coaches for the cross country program this past season after head coach James Li retired.

The 46-year-old Kenyan-American Lagat also served as an interim track and field coach in 2021.

“It is an incredible honor to have one of the world’s all-time great runners lead our storied distance program here at Arizona,” Director of Track & Field and Cross Country Fred Harvey said.

Lagat is now the senior trainer of the University of Arizona’s cross country group.

The 46-year-old African American of Kenyan antecedent further stood in as a between time track and field mentor this year.

Arizona Director of Track and Field and Cross Country Fred Harvey said it is a unimaginable honor to have one of the world’s unsurpassed incredible sprinters lead Arizona’s celebrated distance program.

“Bernard is a true legend in the world of distance running and his knowledge and personality will draw the best runners in the world to the University of Arizona. Historically, we have one of the best distance programs in America, and I believe Bernard will take us to that level.”

“We are thrilled to announce that Bernard will continue coaching our cross country program and take on an expanded role with our track and field program,” said Vice President and Director of Athletics Dave Heeke.

This previous season the Arizona Wildcats crosscountry had varied outcomes with progress on the ladies’ side completing fifth in gathering on the ladies’ side while the men’s side was a unsatisfying eighth at this current season’s Pac-12 conference championship.

Lagat is the second fastest 1500 m runner of all time, behind Hicham El Guerrouj. Lagat is a five–time Olympian, having competed in the 2000, 2004, 2008, 2012 and 2016 games, and is a thirteen-time medalist in World Championships and Olympics including five gold medals. 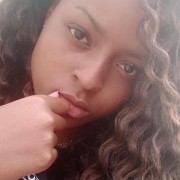